The cutest Sword and Shield Pokemon 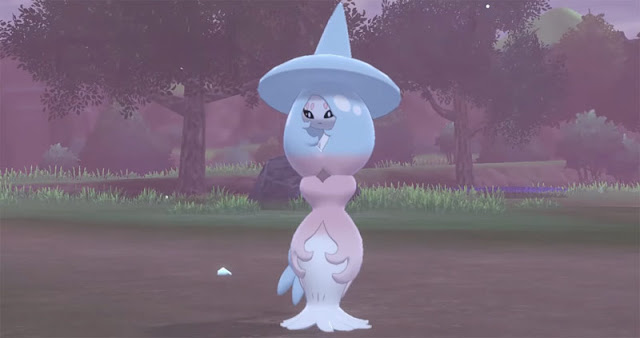 Nobody with a soul could resist the cute looking critters in Pokemon, it's just not possible no matter how hard you try to repel their charm and Sword and Shield has only gone and introduced the cutest Pokemon in the series yet.

No we're not referring to fan favourites Alcremie and Wooloo. We are in fact speaking of Hatterene the 6'11 dual-type Psychic/Fairy Pokemon who evolves from Hattrem beginning at level 42 and is the final form of Hatenna.

This borderline anthropomorphic cutie who also happens to resemble a buttplug joins the elite rank of saucy waifumons to appear in the series such as Gardevoir, Lopunny, and Tsareena respectively and she's without a doubt the most attractive Pokemon to come out of the Galar region.

She's already been regarded as the new Gardevoir and when you look at her it's not hard to see why.

This pokemon is so cute that we could just gobble it up or squash it, no seriously Hatterene gives us a serious case of cute aggression that no other Pokemon in the game has managed to do at this level, she's that damn cute.

She's already been regarded as the new Gardevoir and when you look at her it's not hard to see why. The designers at Gamefreak definitely knew what they were doing when they decided to make her look so thick and wholesome and we wouldn't have it any other way.


But what makes this mon so irresistible, what is it about Hatterene which has fans going absolutely crazy about her on social media? Well that's easy and if you haven't figured it out yet, here's several reasons why Hatterene is already the ultimate waifumon and has potential to permanently dethrone Gardevoir. 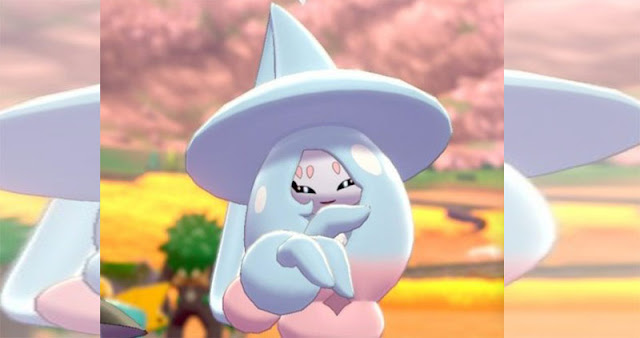 Hatterene's curves speak for themselves or rather her long luscious hair which she uses to impersonate a woman in a dress. This cupcake isn't actually a curvaceous mon and nor is she thicc in any sense of the word, because she in fact hides a tiny small body underneath all that fluff, which is conveniently shaped as a dress.

Yet despite Gamefreak trolling it's fans to new heights, Hatterene in our minds is still one of the most shapely looking Pokemon in the game and you have to admit she looks good. Being so insecure about her appearance that she uses her hair to make herself appear tall and curvy is one of the best decisions Hatterene could've ever made.

Soaring at 6'11, Hatterene is one of the tallest female Pokemon in the game, towering over trainers like the goddess she was destined to be. Heck she's got two feet over Grimmsnarl, and that's why we unquestionably stan her. A midget disguised as a tall amazon? This gal can do both!

Her shiny pastel coloured hair slays and this face-framing style is so flattering on her, ultimately giving the pokemon an ethereal and angelic look. This hairstyle in her final evolution really upgrades Hatterene's appearance and shows her unparalleled fashion statement. 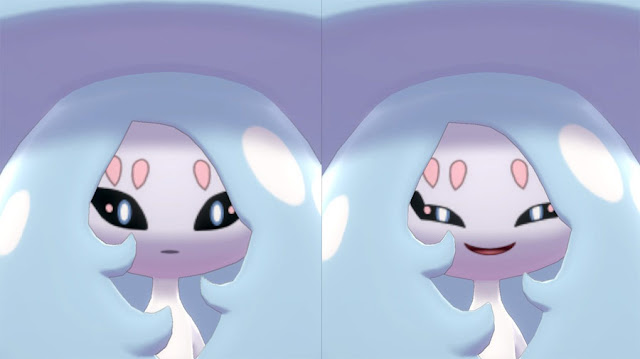 Hatterene is classified as a forest witch as stated in the shield version of her pokédex entry and that should've been quite obvious by the fashionably large pointy hat on her head, along with being a fairy/psychic Pokemon and whatnot. Though the fact that she's a occultist only adds to her overall appeal and sexiness.


She's out of her mind

In Hatterene's pokedex shield entry it states that if you're too loud around her, you risk getting ripped to shreds by the claws on her tentacles.

Not only that but in her Gigantamax Sword Pokedex entry it says that she can read the feelings of creatures over 30 miles away and the moment it senses enmity, it goes on the assault. In conclusion she's mad as a hatter, and we're a sucker for crazy females.

At first you may believe that Hatterene outer exterior is limbless but this couldn't be further from the truth as you see her arm is actually placed behind her head, so what's exactly special about her arm? Well for one it's the source of all her attacks and we can think of a few useful tasks it could fulfil outside of battle.

Several lewd artists have already come up a number of 'creative' ways to utilise Hatterene's arm but that's beside the point, because it's actually kind of cute, yeah we said it. 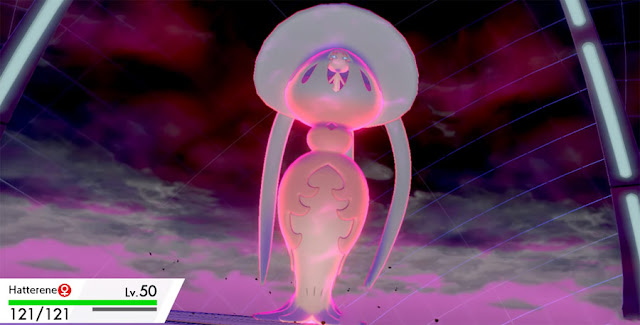 While her Giantax form isn't nearly as cute as her regular look, it's still rather admirable to see the pokemon have a growth spurt and wreck havoc on the unfortunate souls who has to face her. She's gigantic, more terrifying and undeniably thicker in every aspect.


How to catch a Hatterene Pokemon

As you are already aware Hatterene is a Psychic and Fairy Type which makes it weak against Ghost, Poison and Steel Type Pokemon. You can find a Hatterene within Motostoke Outskirts and also in the Lake of Outrage.