The hottest ghost in Luigi's Mansion 3 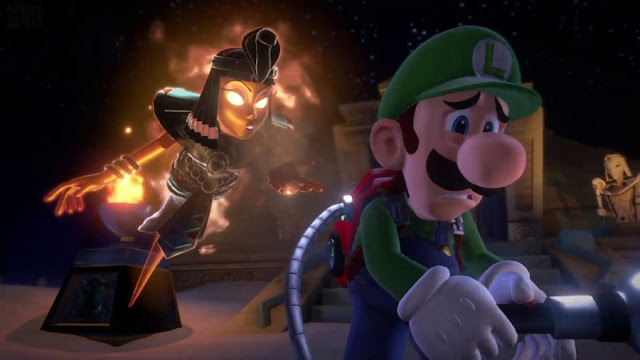 The Last Resort Hotel in Luigi's Mansion 3 has quite a few bosses, some of which are more difficult than others but none more sexier than Serpci, the tenth boss encountered in the game who haunts the Tomb Suites and guards the eleventh floor elevator button.

Nintendo always find a way to include waifu bait in their games, whether's it's Breath of the Wild, Splatoon 2 or Pokemon Sword and Shield to be exact, it's sort of become a tradition for them in Nintendo Switch games and Luigi Mansion 3 is no different.

The pharaoah Queen is evil as much she is a tease, the perfect combination for such a cute looking ghost. Luigi first discovers her by foolishly opening her coffin in her musty tomb, which awakens the sleeping beauty from her deep slumber.

She then triggers a booby trap which sends our ghost catcher down to a sandpit maze, in which he must make his way back up to the main area after taking a momentarily L.

The way she hypnotically sways her body and arms as she floats in the air after being released from her sarcophagus is quite seductive to say the least, along with the cheeky grin plastered across her doll face, which tells us she's always up for some fun. 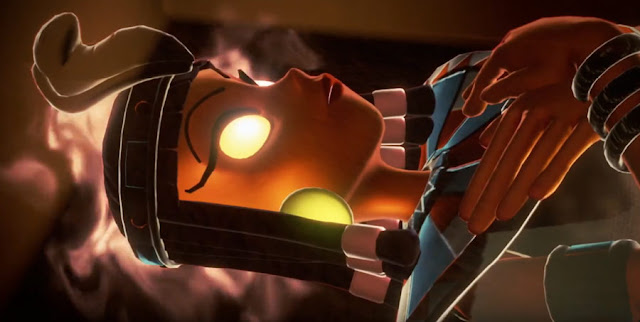 The huge bright eyes, lengthy Egyptians braids, beat face and slender frame are all the main reasons why this demonic spirit is one of the most provocative ghosts in the series, and she looks so damn good in spite of her no longer being among the living.

Though the biggest charm about Serpci is just how much of a tease she is towards Luigi each time they encounter one another. From seductively dancing for him in the beginning, to naughtily blowing a kiss of sand in his direction which sends a shiver down green Mario's spine.

Despite having no legs nor pulse, Serpci joins the rank of hot Egyptian female video game characters to appear in a video game series such as Menat from Street Fighter V, Alice from Zero Escape and Eliza from Skullgirls.

This boss controls a heap of sand in the form of her head. Run towards it and suck away the sand whilst evading attacks from the sand cobras atop. You can suck them up to get rid of them from her crown.

After you've suctioned a fair amount of sand, the sand face will leap away to a different location and cause a shock wave. Leap over it with ZL and ZR and then keep sucking sand away from her. When you suck away enough sand, the ghost will reveal herself.

She'll flee and surround herself with a barrier of sand snakes. Take few steps back and wait for them to sprout spikes. Evade the needles and then flash the ghost.

While she's dazed, suction her in and knock her around. She'll escape, and then you'll have to repeat the procedure until her health is low enough that she can be captured.

At times she'll send sand fists after you. When this occurs, press ZL and ZR down to disperse the sand. You'll gain access to the 11th Floor switch for capturing her. Luigi's Mansion is out now on the Nintendo Switch.