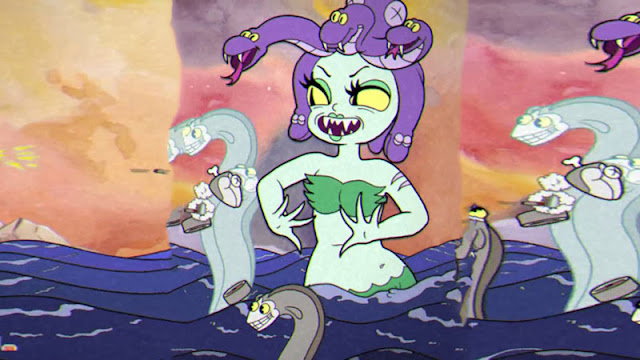 Female video game characters are often mere eye candy and monster girls are no exception to the rule. Just so you're aware, a monster girl is a special type of breed where the anthropomorphous character is a mixture between a creature and human being.

In video games history there's been plenty of alluring monster girls, although we'll only be concentrating on the last decade of female monsters to appear in a mainstream game between 2010-2019, whether from Japanese role playing, fighting or platform games, here's a list of the sexiest ones.

Though keep in mind we can't highlight them all, so if you feel your favourite female monster is missing then feel free to comment below with their name and the game they hail from, including a short description as to why they deserved to be featured on this list and we'll consider including them. 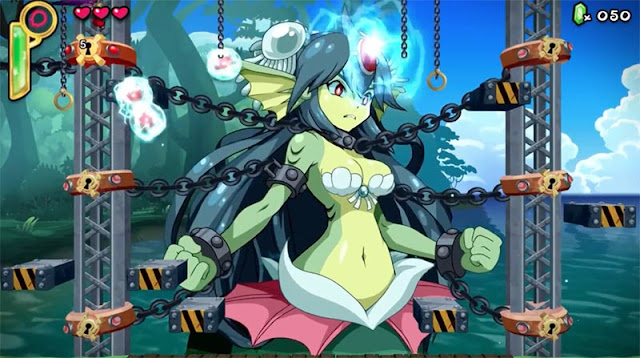 Shantae Half Genie Hero has tons of cute yet cruel enemies, a few of them female monsters who Shantae has to beat some sense into, but one of the hottest characters in the game just so happens to be a giant green mermaid with jiggle physics.

This enormous waifu is probably one of the reasons why the game was rated T by esrb and after fighting her it doesn't take a rocket scientist to figure out why. Giga Mermaid isn't only hot because of her captivating form or bouncy chest, but also her humongous size which dwarfs our purple haired heroine. 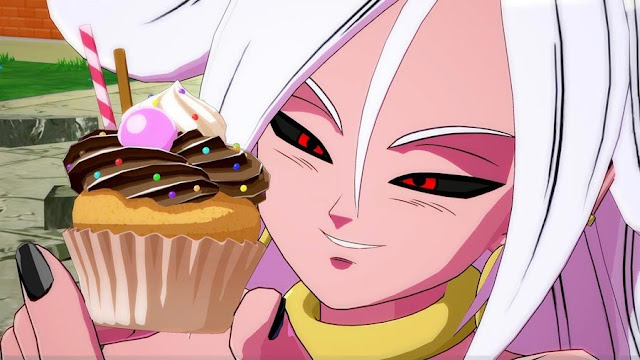 Akira Toriyama's character designs can be hit or miss, but Android 21 in Dragonball FighterZ definitely isn't one of those, especially her zesty Majin Buu form. Android 21's appeal isn't only her cutesy appearance but also the fact that she turns enemies into candy and devours them.

She's the true definition of a monster girl if there was ever was one, because she doesn't only look like a monster girl but also acts like one, each time she turns an opponent into a sweet cupcake to consume. She's also one of the few monster gals in a video game to vore her victims and absorb their powers.. 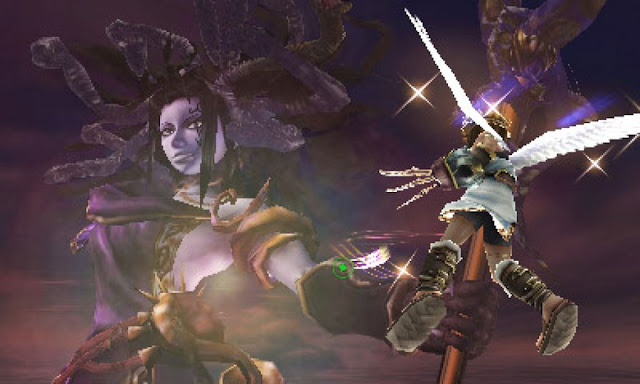 Kid Icarus: Uprising is in desperate need of a sequel or port to the Nintendo Switch, if only to see this evil beauty in high definition. The popular Greek mythological figure has appeared in several games to date but  Project Sora's interpretation of her has to be the cutest version ever.

Nintendo really have a way of making even the most hideous creature look appealing in their art style and that's exactly what happened when they redesigned Medusa, though a far cry from her intentionally repulsive cyclops look in the original Kid Icarus. 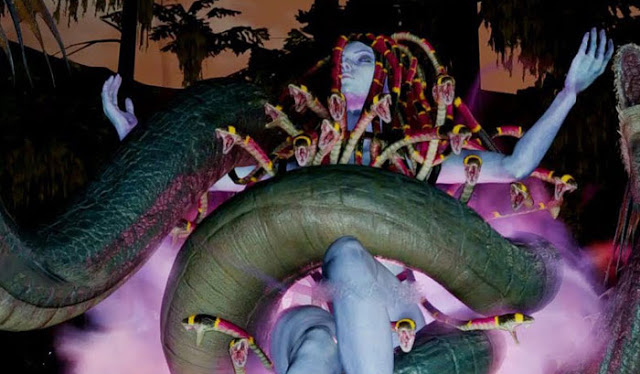 Square Enix formerly known as Squaresoft has produced some of the hottest female monsters to come out of a video game series, they possibly set the standard in games and have shown no signs of letting up, case in point Final Fantasy 15 with Mulusine, a character who cannot be rotated or zoomed in on in the Bestiary. 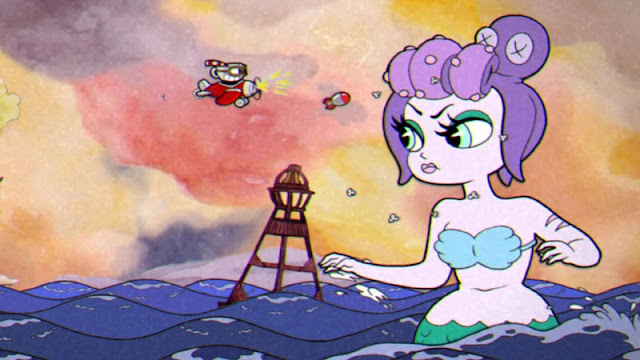 Cuphead's art style is reminiscence of an old cartoon from the 1930s and has a multitude of wacky characters, heck the two playable protagonists have cups for head. That's the main charm about Cuphead for many, and one of the most delicious characters in the game is a gigantic mermaid who wears a dead octopus on her bald scalp.

Referring to Cala Marie as cute is an understatement because she's not only an adorable munchkin but the large mermaid is quite suggestive, even on her worse given day. What we especially love about this purple creature is how it's implied she has eaten pirates lost at sea, as shown when she burps. Cala Maria is luscious yet so cruel and for that reason we have no choice but to stan her. 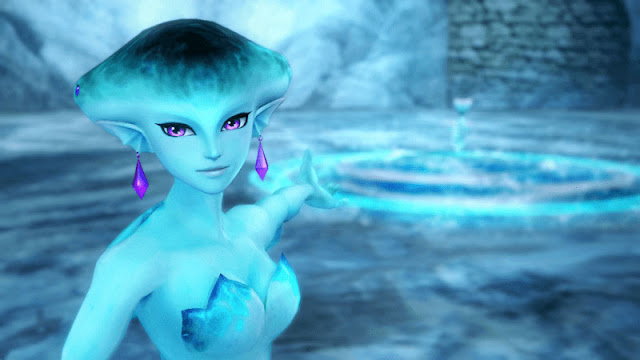 Sorry Mipha but there's only room for one Zora here and this lass gave us a serious case of teraphilia back in the day. Ruto has always been a cutie pie, ever since her debut in The Legend of Zelda: Ocarina of Time but in Hyrule Warrior she's even more beautiful.

Back then Nintendo gave many adolescent fans their first monster girl encounter and what better way to do so than with a flirty blue amphibian chick who just so happened to have a crush on the protagonist. In Hyrule Warriors the Zora princess looks the best she ever has, though it's unfortunate she's been censored since her first appearance. 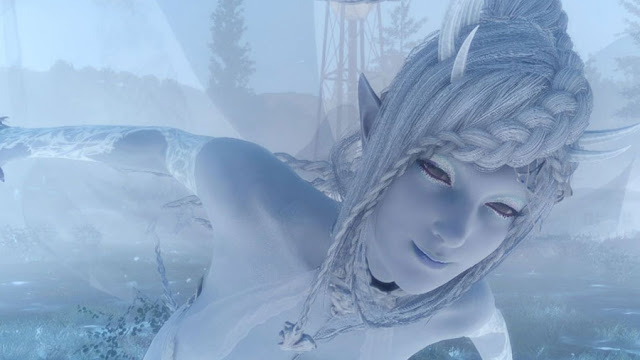 No matter what game the ice summon appears in, there's no denying that this blue skinned goddess always looks so damn fine. We couldn't name a hotter looking ice queen than Shiva even if we tried to and her recent appearances in Final Fantasy XV and Dissidia NT are pretty hot, which is ironic since she's cold as ice.

Shiva takes the throne as not only being the prettiest female monster to grace a video game series but also as an ally as witnessed in Final Fantasy XV, when she comes to aide of Noctis and his gang in the boss fight against fiery demon Ifrit during the later part of the game. 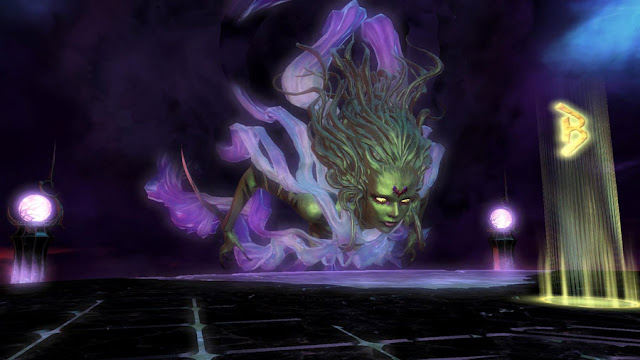 The final boss of Final Fantasy 3 is bought back from the ashes to wreck havoc in Final Fantasy XIV: A Realm Reborn as a boss in the game's expansive story and she looks simply sublime. This green skinned hottie has an actual cloud of darkness shrouding her frame and believe it or not but she also has an entire body hidden within it, bare and all

Though the cloud isn't just a fashion statement and this literal giantess as said in her own words will smother, devour or ultimately destroy any victims in her vicinity, if given the opportunity. Along with her feminine appearance, this is what makes this giant woman so attractive.

Appearing as a quandrupedal spider with a torso of a woman, this creepy crawler may be eerie at first glance but she's also kind of racy. There's actually not a lot of memorable spider women in video games that spring to mind, but leave it to Square Enix to introduce their own.

Uttu is a large spider and since spiders are predatory by nature we can only imagine the type of prey she feasts on, especially at that size. She probably snacks on the tiny minions that she calls to battle when in need of a helping hand, and as bizarre as that may sound you can't put anything past a monster girl. 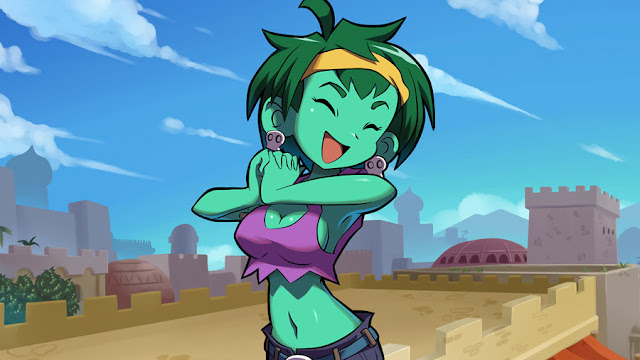 Majority of the monster girls in Shantae Half Genie Hero are just too adorable to be looked at as sexy but  Rottytops certainly isn't cut from the same cloth, because not only is she hot as hell but she's also the raunchiest undead babe we've ever laid eyes on.

Normally Zombies are ridden with diseases and hideous to look at, but not good ole Rottytops. Now maybe she just knows how to hide her sickness better than the average dead person or possibly it's the cutesy art style, either way you can't deny the fact that she looks amourous.