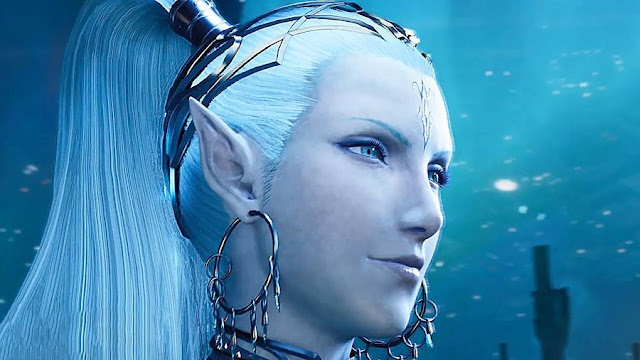 We can't think of a mainline Final Fantasy title where the ice queen has looked anything but comely and in the long awaited Final Fantasy 7 Remake, Shiva looks most magnificent and proves once more why she is  the best looking monster girl to appear in a video game.

The ice-based deity was at long last unveiled in the Tokyo Game Show 2019 trailer in September, which showcased both herself and the fire demon Ifrit as they appear in the game, and fans caught a glimpse of party member Aeris summoning the frosty goddess in battle to freeze several enemies.

Square Enix game producer Yoshinori Kitase confirms, each party member can only equip one Summon Materia at a time, and attacking foes causes a Summon gauge to charge up. Once the Summon Gauge is complete, players can utilise their summoned ally, which is generally controlled by the CPU but can also be instructed to use special techniques with ATB charges.

The Summon remains on the battleground until the Summon Gauge depletes, at which point the summon unleashes their ultimate attack before withdrawing. It's a system that, while significantly different from the original version in Final Fantasy VII, stays authentic to the core of what FF7 Remake summons are meant to be - loud and impactful magical abilities. 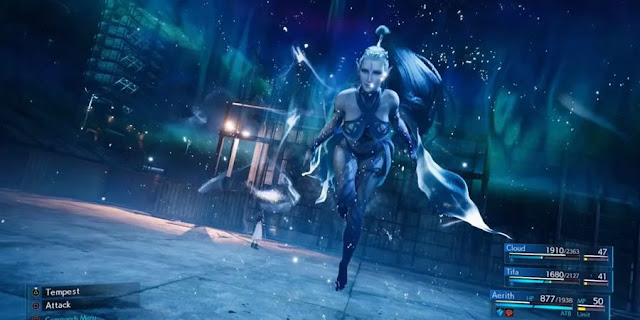 Summoned monsters are some of the Final Fantasy series most adored mascots, and they're oftentimes the only ones who make the leap between numbered instalments as the games change worlds.

To know that they'll be just as essential in FF7 Remake as they were in the original iteration is a relieving moment for those who were worried they might be demoted to a minor role.

In the original game Shiva is a blueish-skinned female with a long ponytail who casts Diamond Dust. Final Fantasy 7 Remake's interpretation of Shiva is comparable in that respect, though her outfit is much more illusive and she's been given more fae or elven-like features. 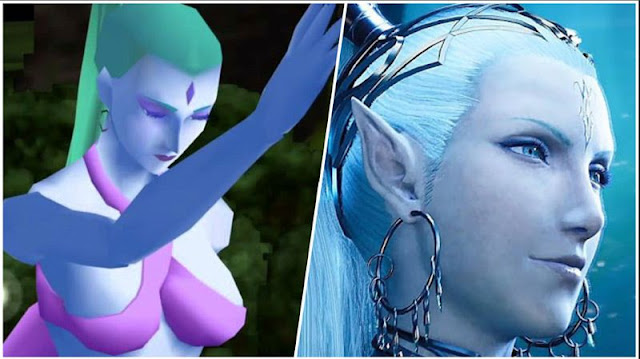 What's most intriguing about this early reveal for Shiva is because in the original game players obtained the icy summon outside of Midgar in a port town called Junon, though it appears in the remake you gain access to her much earlier.

Shiva remains one of the coolest summons in Final Fantasy and her redesign in the FF7 remake is quite beautiful, even more so than her prototype which pales in comparison.

So after completing the game, it's safe to say that Shiva's inclusion was handled with flawless execution and the sex appeal is through the roof. This could well be the besting looking Shiva in the series, a design which rivals even her iconic Final Fantasy X appearance.

You first gain access to the ice summon through a npc called Chadley, a Shinra employee who hands out various battle Intel quests for you to complete. Finish these quests along with gaining story progression and eventually you will eventually gain access to VR missions. 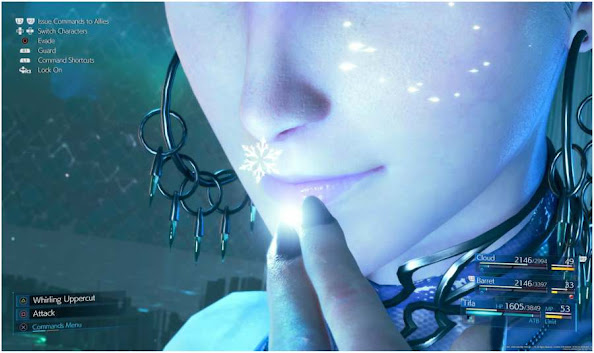 VR missions pit you against the strongest and most notorious summoned beasts in all of Gaia, and by defeating these powerful allies in VR battles you gain access to their almighty powers, giving you the opportunity to summon them in battle when the moment arises.

In Chapter 8, while you’re exploring and Aerith is visiting the child orphanage, Chadley will offer you your first VR battle. This virtual encounter is against Shiva. You can also fight her at any given time after Chadley unlocks this VR mission.

How to defeat Shiva
Shiva is no walk in the park but with the right game plan you can defeat her. If you look at Shiva’s enemy intel screen, you’ll notice her evident weakness to Fire. Shiva will become Pressured the more you use fire attacks on her. As a matter of fact , persistent use of fire attacks will even interrupt her attacks.

You’ll know you’ve interrupted her when she screams and falls to the ground. This would be the best time to use Cloud’s Focused Thrust ability, as it increases her stagger bar. If you keep up the push and send her into a Staggered state, you can attack her with even more fire spells with increased damage.

To add salt to injury and end this fight even quicker, you can harness the Elemental material. Basically when you place Elemental Material in one slot and a Magic Materia (Fire in this case) in the connected slot on a weapon, you will gain extra damage in that element along with your basis attack.

Later in the game if you haven't already finished off Shiva, then the fiery demon Ifrit is a good offensive summoning materia to have in your arsenal to really heat things up and melt Shiva's heart. With all these tactics, obtaining the ice deity should be a breeze.

Levelling up her Sex Appeal

FFVII Remake's re-imagining of each character is simply surreal and Shiva's appearance blows her counterparts out the water.