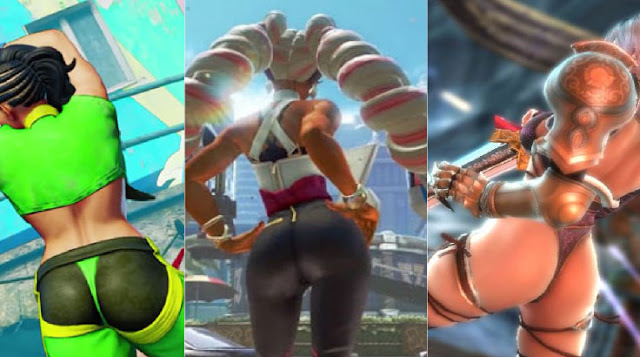 Fan service has become a popular phenomenon in video games throughout the years, especially fighting games which it comes hand in hand with, a genre where players are spoilt silly with scantly clad female characters whose bouncy bosomy chests, skimpy costumes and unrealistic body proportions have many fans drooling in awe and claiming them as waifus.

Not that we're complaining or anything, in fact it's one of the best things about fighting games today, when done right. But enough of all that jazz, instead let's bring attention to ten of the best bottoms in fighting games, in no order. 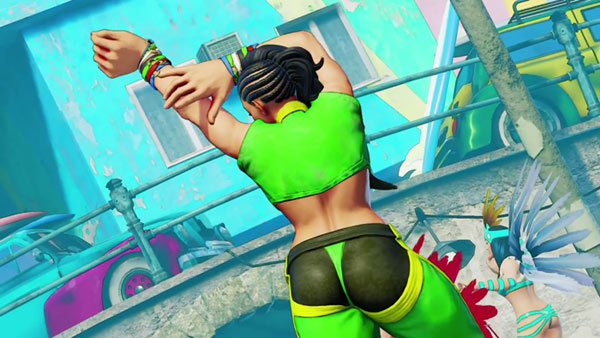 Laura Matsuda may not have the biggest behind in the Street Fighter universe, but there's just something about it which prevents us from looking away, is it the petite shape? Or maybe it's the way how she moves it as she teasingly stretches her arms, either way we never skip her intro. Funnily enough Capcom initially wanted Laura to have even more booty meat, considering her early design prototypes. 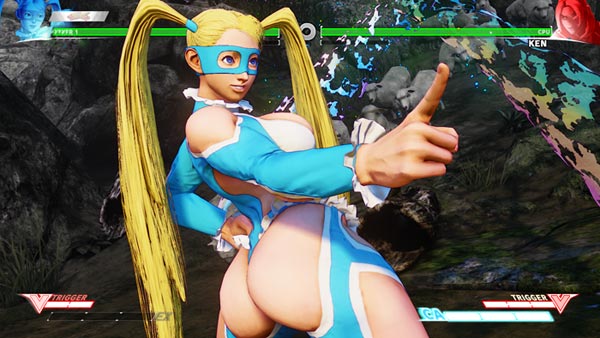 Like a majority of professional female wrestlers, Rainbow Mika dresses in fancy costumes that are intentionally designed to show off her physique. Her bright leotards are definitely not out of place, and there are dozens of other Street Fighter characters who wear far less clothing than she does.

R. Mika is known to be cheeky, and she loves taunting her opponents. One of the ways she does this is by smacking her fat ass in a rather disrespectful matter. A playful gesture which Capcom felt compelled to remove from Street Fighter 5. 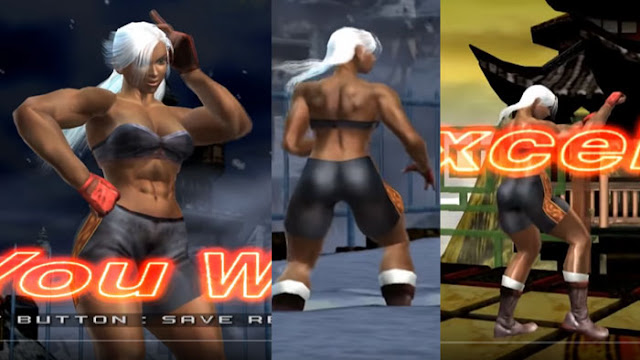 Vanessa is jacked in Virtual Fighter 4 from head to toe and could give plenty bodybuilders a run for their money, well that is before her abrupt change of appearance in the following game.Vanessa's abs, biceps and legs are chiselled to perfection but those aren't the only body parts to drool over, she also has a whole lot of ass.

In VF4, she has a rather nice muscular yet toned gluteus maximus, (even for Playstation 2 standards) which is hard not to notice as she beats down her opponents, especially wearing those delicious tight athletic shorts. 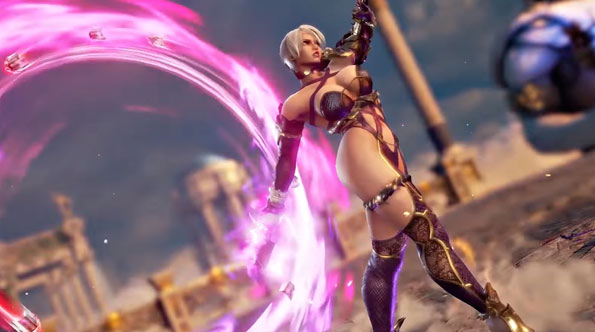 Ivy Valentine is a fighter that gets so much attention for her bustline that her lower half is often forgotten. Ivy made her debut appearance in Soul Calibur 1, but her popularity didn’t really peak until later in the series. The main reason behind the growing fan base was that the developers devoted extra attention to jiggle physics, thus blessing her with her trademark “bounciness.”

While everyone was geeking over her chest, some overlooked the fact that other body parts of Ivy’s body were just as perky! Personally we think it’s a farce that anyone would ignore Ivy’s awing derriere, especially considering how revealing her clothes are. 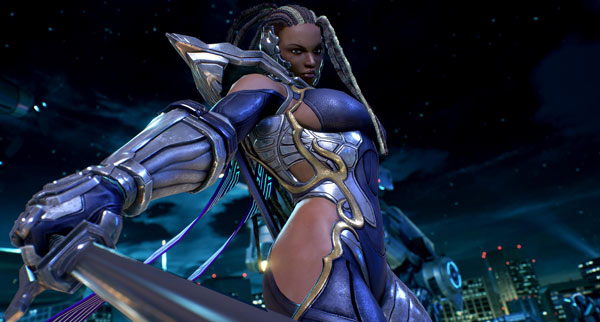 If you haven't been paying attention Master Raven is a curvy woman with a lot of ASSets. Making her  debut in Tekken 7, she replaced her loyal subordinate Raven and quickly gained a niche following and it's not hard to see why.

Her bodysuit fills up in all the right places, she's easy on the eyes and has a nice ass, and no matter how quick and nimble she moves, it's hard to miss her exceptionally toned backside. 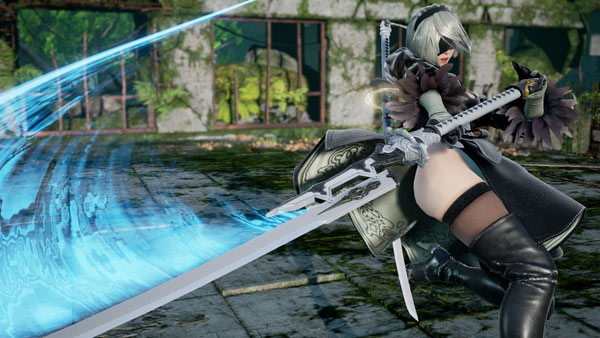 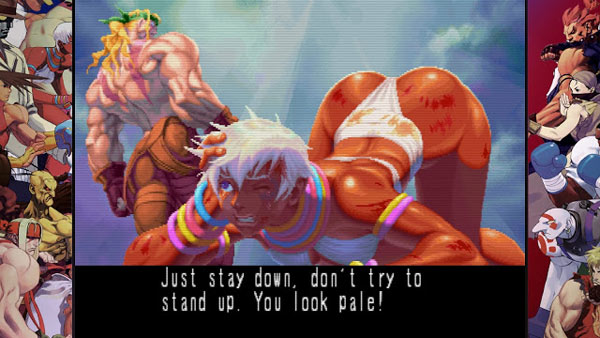 Elena has ridiculously long legs, and she knows how to use them. Considering the intense workout she gives her legs as she utilises capoeira , it only makes sense that she would have a well-toned butt.

She also chooses to wear a lack of clothing and performs sexually suggestive win poses, so it’s safe to say that Elena knows she looks good. The fine folks over at Capcom know it too, and they emphasise her backside through not only her winning stances and taunts, but also her loser portrait in Street Fighter 3. 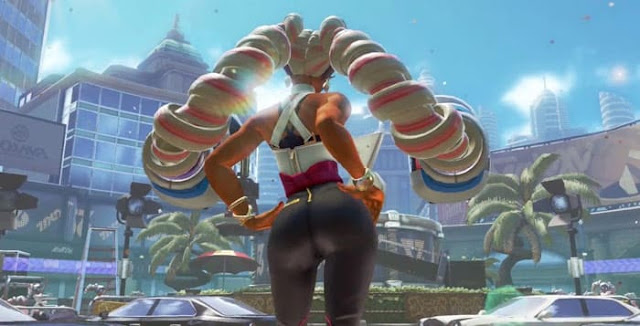 Nintendo knew what they were doing when they created Twintelle and from the moment she was announced as a character in ARMS, fans began to ponder if the game should be renamed a different part of the anatomy. Her huge ass would make even Kim Kardashian feel insecure, and her waist is merely the diameter of one of her thighs. We haven't a clue how she manages to squeeze into her tight leather pants, and we're amazed she was even able to find a pair of pants that fit in the first place.

When the mega celeb's not acting she’s blowing off steam as as a willing participant in the ARMS Grand Prix. We could dwell into her fighting style and backstory, but we're too mesmerised by her strut. As Twintelle prances around in her high heels, she sways her ass in an exaggerated way and punctuates her movements by placing her hands on her hips. It’s downright spellbinding and reminds us why she has one of the best Nintendo butts. 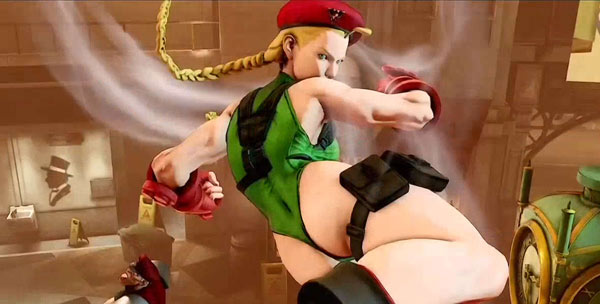 Cammy is a veteran in the booty game, having first shown of her bare buttocks in Street Fighter 2 (1991), and with each graphical leap her butt has only gotten bigger and better, in similar fashion to fine wine. In Street Fighter V Capcom has really buffed Cammy and it shows, especially around her lower region. 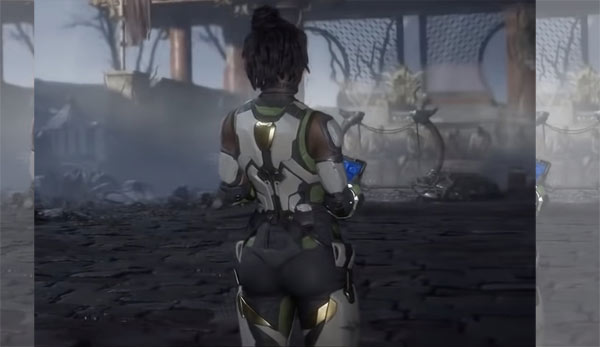 No matter your opinion of Jacqui Briggs, you can't deny that she's got a sweet ass in Mortal Kombat 11 and looks absolutely amazing. May we add this mechanical powered femme fatale sports the best backside in series thus far but she despite this, she actually isn't sexualized.

Many fans were taken aback by just how shapely Jacqui looked in Mortal Kombat 11 and we'd say evidently, all those kickboxing and military  training sessions Jacqui did in her camp have certainly done wonders for her glutes.