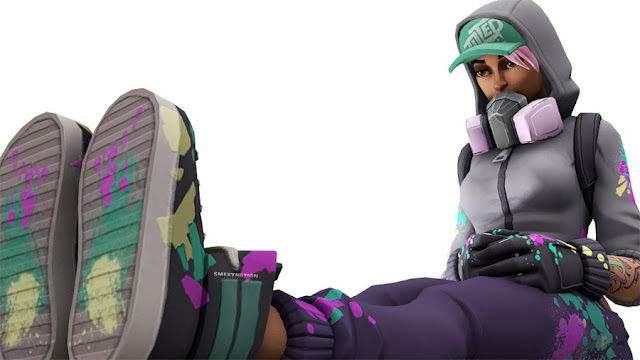 Female characters wearing sneakers in video games is about as common as an extraterrestrial sighting in Los Santos, especially since majority of video game designers opt for more feminine footwear such as sandals, heels or knee high boots just to name a few. Outside of androgynous sport customisation games, it's only recently there's been an increase in female sneakerheads. Aka cute characters who rock sleek trainers better than their male counterparts. Here's the hottest variations so far. 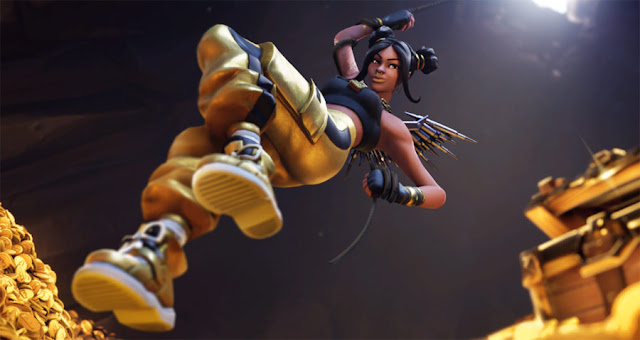 The Legendary Luxe skin in Fortnite is one of the freshest skins available in the popular free to play battle royale, she's adorable and has a really versatile look. We love girls with attitude and we think that's heavily evident in Luxe's style. She’s also a tomboy at heart, but pulls off the super-soft, feminine look so well. The black crop top jumper, baggy track pants and gold and white sneakers look absolutely amazing on Luxe. 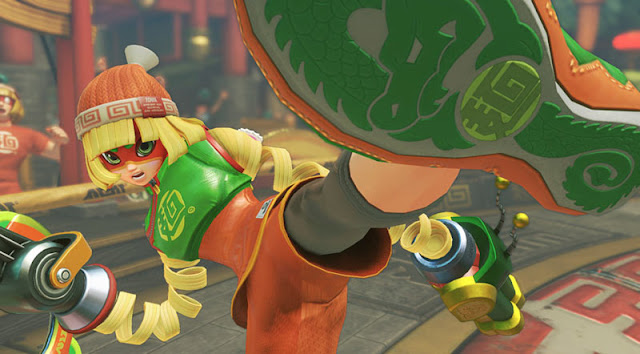 Nintendo Switch's secondary fighting game Arms is much unlike anything else out there at the moment, and neither are it's eccentric, vibrant and colourful characters. Among the 13 playable fighters in the game is Min Min, a Chinese martial artist who fights to spread the word about her family's ramen restaurant. The lower part of Min Min's outfit consists of orange athletic shorts, black calf-length leggings and sporty green and orange sneakers. 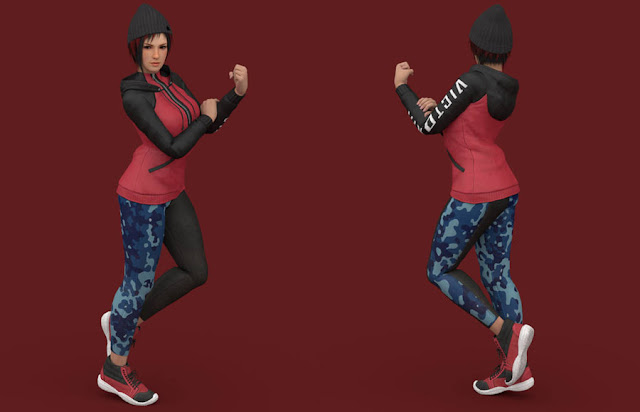 Team Ninja has managed to cram and squeeze in a ton of fancy costumes and outfits for Dead or Alive 6 enthusiasts to play dress up with their favourite fighters in similar fashion to it's predecessor, but none has more swank than Mila's blue camouflage pants and spunky red and black sneakers aka costume 10. Making her debut in the series in Dead or Alive 5, Mila is an MMA fighter so it's only right they give her the best sports outfits in the game. 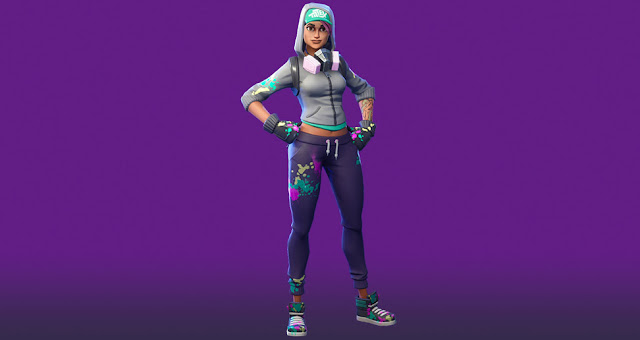 Teknique is one the most popular skins in Fortnite Battle Royale and it's not hard to see why. The epic skin which made it's debut in the season 4 battle pass, instantly bought a hip appeal to the series which it was previously lacking. Ramirez ditches her default soldier uniform and opts for a more casual fit, consisting of a grey hoodie, purple sweatpants and splatted painted hi top sneakers. 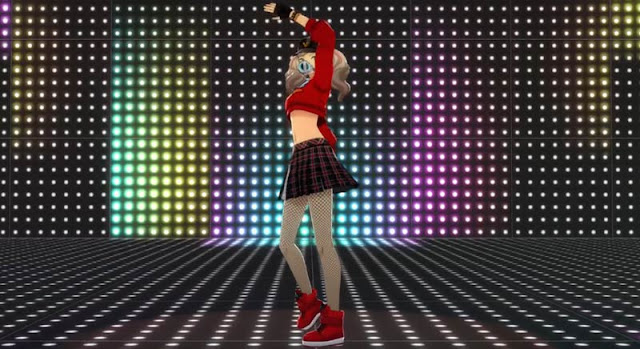 The rhythm spin-off title to Persona 5 Dancing in Starlight sees the characters busting a groove in various spunky outfits and Ann doesn't hold back, with her fashion sense nor attitude. Her initial outfit has the blonde sporting a long red crop top sweater that reveals her midriff and navel, fishnet tights and bright red sneakers. If Ann wasn't already making Persona nerds break into a sweat, this outfit definitely turns up the heat. 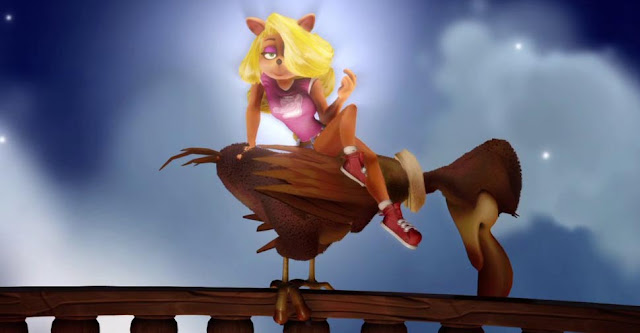 There's a reason why Tawna is seldom forgotten when fans bring up Crash Bandicoot despite disappearing after the first game and falling from relevancy for over a decade when deemed too provocative for a 'kid oriented' game. Thankfully N.Sane Trilogy bought back Tawna in all her glory in 2017, and while she ditched part of her outfit, we're glad the tall damsel still wears sneakers identical to her lover boy.