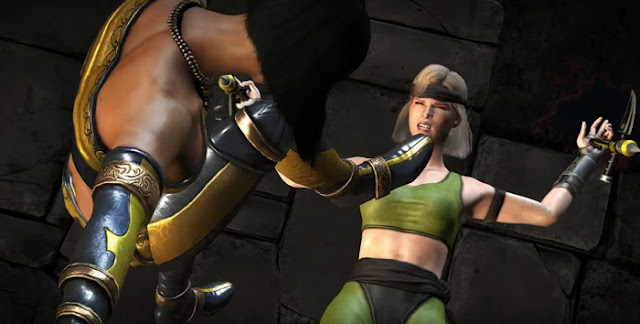 Video games are extremely good at wholesome fantasy violence and to elaborate, foot stomping moves are unbelievably satisfying, especially when it's a female character doing the honours. Here is a list of games and female characters that do it well. 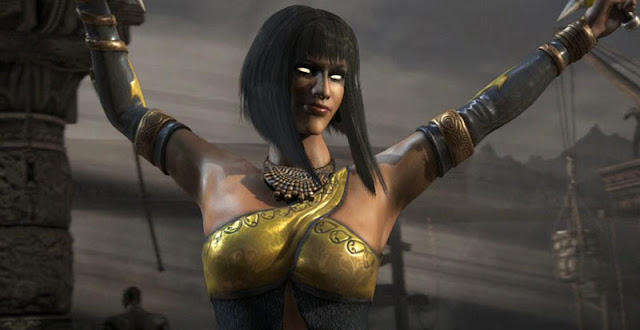 The Mortal Kombat series is definitely not a stranger to the concept of elegantly orchestrated blood baths and Tanya's Bloody Boots fatality In Mortal Kombat X (2015) is one of video game's deadliest looking stomp moves.

What makes this powerful stomp utterly satisfying is how Tanya kicks then pins her helpless victim on the floor, while walking up to them and delivering a devastating stomp not only through their chest but also the opponent's head with such severity, powerful enough to leave a gaping hole. 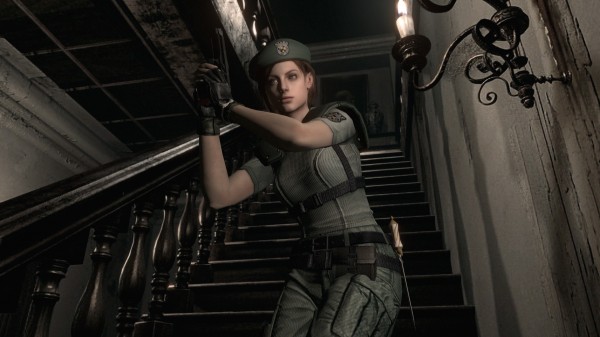 The only thing more satisfying in Resident Evil than shooting an enemy dead between the eyes is stomping a flesh eating zombie's squishy noggin to absolute mush with Jill Valentine or Rebecca Chambers and watching their heads instantaneously explode.

Though unfortunately this stomp is merely an escape animation and only occurs when a zombie actually attacks you while on the ground. In Resident Evil Zero you can also step on and crush bugs underfoot for a rewarding yet messy pop fest. 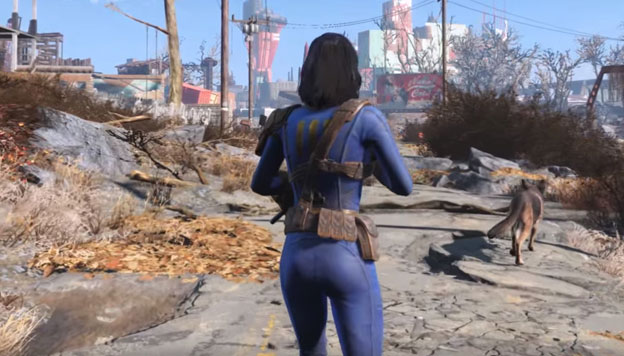 You don't have to bring out the big guns when exterminating smaller pests such as Radroaches and Mirelurk Hatchlings in Fallout 4, in fact a good ole stomping under foot works wonders and saves plenty of ammo.

Besides watching these tiny creatures splatter so easily as your female avatar spills their guts always feels rewarding in the long run, mainly because Fallout 4 does it so well and delivers that extra crunchy goodness. 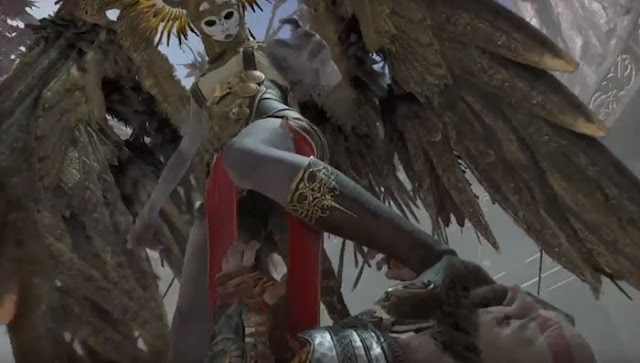 While the violence in this instalment has been toned down compared to earlier titles, God of War is still one of the most brutal video games to come out of 2018, so it's no surprise that one of the nastiest and painfullest looking stomp animations exist within it's gameplay and lore.

The Valkyries are among the greatest adversaries in the game, equip with powerful legs and annihilating, skull crushing stomps that'll leave you with a snapped neck for your troubles. 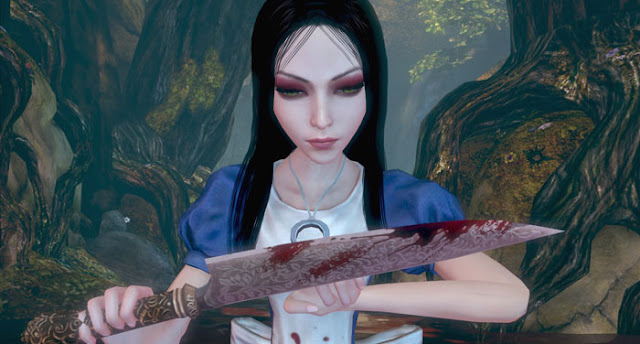 Lewis Carroll's Alice's Adventures in Wonderland is an unpredictable novelette in which anything might happen. Meanwhile Alice: Madness Returns is a luxurious but technically simplex 3rd person action game in which just about everything goes.

The main character travels on saucer cup trolleys, unloads a pepper-filled mini-gun, gathers the body parts of her folks, and mercilessly, violently stomps tiny card-troops beneath the soles of her boots. This game also has one the greatest giantess crush scenes in video game history. 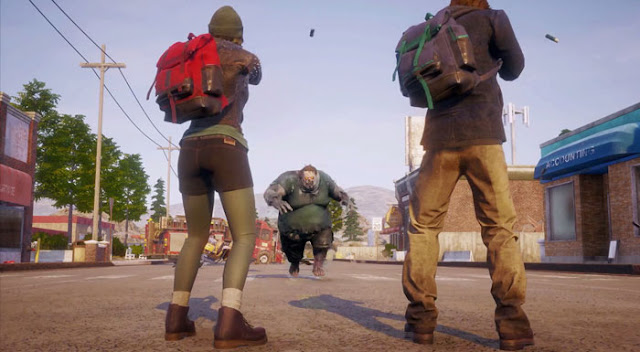 State of Decay leaves little to imagination when engaging with the undead and curb stomping their zombie brains out. Though you can kill zombies with a variety of weapons, nothing is more satisfying than smooshing a crawler's skull and watching it's decayed head explode in a violent frenzy.

While not available in the beginning, as you progress through the game you'll unlock some specializations allowing you to rapidly toss an enemy onto the floor and leave it vulnerable to a joyfully gruesome head popping execution. 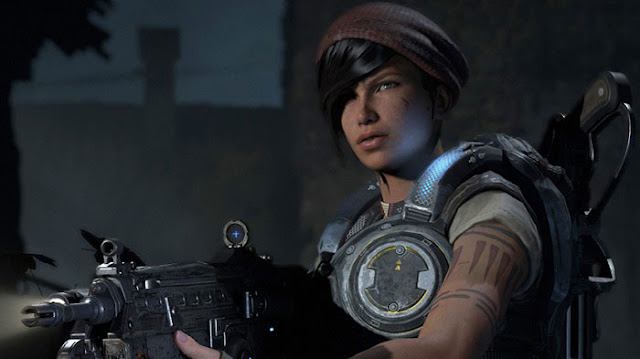 Gears Of War is a bloody third-person shooter about unadulterated massacre and mayhem. Which includes murdering enemies with massive guns, small guns, guns with chainsaws tied to the bottom of them, oh and grotesque limb shattering melee combat, depending on your preference of course and the curb stomp is iconic of the Gears of War series. 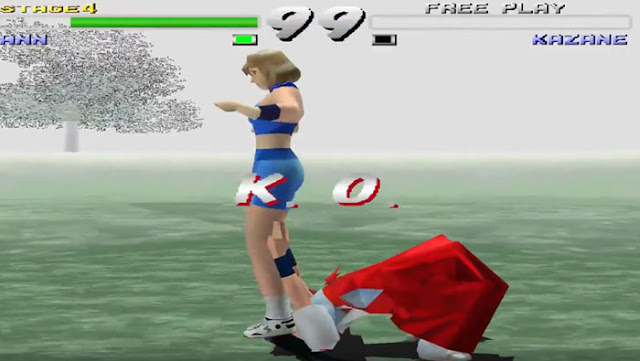 Kensei: Sacred Fist may have been nothing more than a dull footnote in fighting game's past era, but that doesn't change the fact that this game has one of the most athletic and humiliating stomping moves of all time, belonging to none other than amateur wrestler Ann Griffith.

The cheeky madam leaps on top of her opponent's head, repeatedly stomping them until her victim is squatting in a feeble position, only to bounce of them and land on their face. 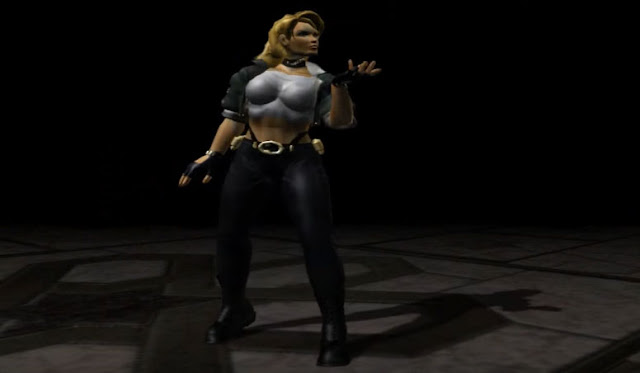 You though Sonya's Kiss of Death fatality from the original Mortal Kombat game was a torturous way to die? Well has it absolutely nothing on her stomp variant in Deadly Alliance, a finishing stomp deadly enough to pop a victim's head.

The fatality starts of with Sonya blowing some kind of poisonous dust at her opponent, potent enough to immediately cause the victim to puke up their lunch and internal organs. While the poor sap is distracted by vomiting, Sonya leaps in the air and stomps on her opponent's back, causing their head to pop. 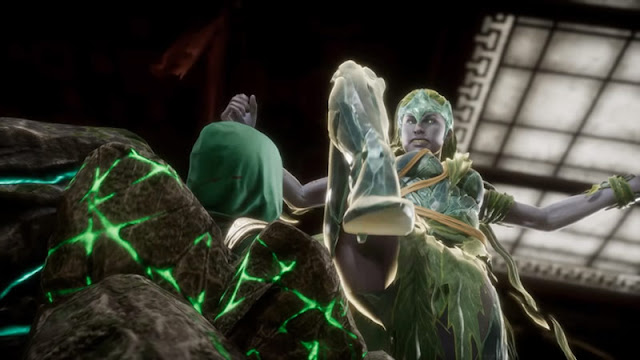 It's not the first time the series has seen a giant stomping fatality, though it's in fact the first time a giantess fatality has been introduced in Mortal Kombat and the new character Cetrion is definitely not one to be messed with as evident in her second fatality: Good and Evil.

Cetrion begins her Fatality by levitating several rocks and using them to trap her opponent in a tortuous looking tomb. She then grows in size so she can crush her victim under her now enormous foot, but she isn't finished.

The Elder God's growth extends to planet-sized proportions and she unleashes a beam in her victim’s general location, evaporating the poor sod. Word of advice, don’t ever get on this woman’s bad side.