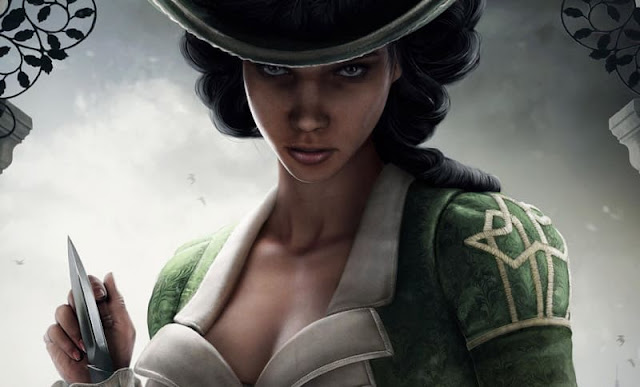 One of the most titillating moments in gaming has to be taking control of a cute yet deadly chick who takes no prisoners alive. The type of woman who would gut a fish open or stomp someone's head in without hesitation, if it meant saving her own skin or the ones she held dear. There's been many badass female characters in video games throughout the years, but none more merciless than Ms Aveline De Granpré.

Ubisoft recently confirmed that the infamous Assassin's Creed III will be remastered along with it's younger sibling 'Liberation', which were originally released in 2012. Each game will be enhanced with 4K and HDR with up-scaled resolution textures, a brand new graphics engine, other visual enhancements and better gameplay mechanics for players to indulge themselves in.

Though we never thought we'd see Aveline again after her journey came to an end in 2012, yet here we are once more and it's exciting news. Players who missed out on her Vita, PS3 venture and Assassin's Creed Black Flag DLC will finally get a chance to she why's one of the toughest women in video games. There's the Lara Crofts and Samus Arans and then there's Aveline De Granpré, a fierce warrior who'll eat you alive (not literally of course).

Like her brethren Connor, she's gonna look absolutely gorgeous in the remastered version of Liberation with the enhanced graphics cranking her outer beauty to it's limit, and we simply can't wait to control her as she rightfully takes back New Orleans. In spite of the naysayers, Liberation was a really fun game that introduced us to a badass heroine with plenty of charm. While we're at it, here's several things we can't wait to do with Aveline. 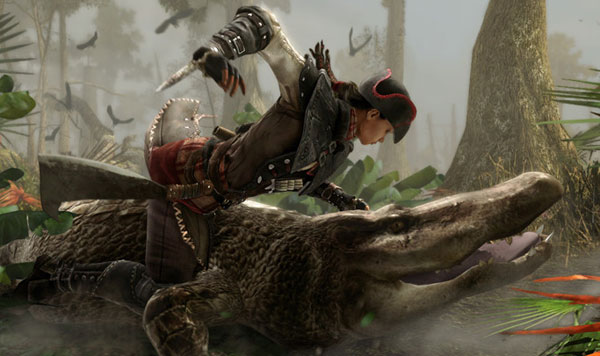 Aveline's surprising feats of strength isn't limited to humans and her desperate tussle with a poor alligator in the Bayou is testimony of this. We love a strong woman with a killer fighting instinct and once again the female assassin proves why she's the wrong woman to mess with period. In only a matter of seconds Aveline is able to decapitate a ferocious man eating reptile, armed with only two makeshift hidden blades to defend herself as she tears it apart limb by limb.

Besides fighting wild animals and guardsmen, another amusing activity in Liberation is the opportunity to change wardrobe at your leisure, though more importantly for specific missions ,and might we add that Aveline looks yum no matter what she's wearing, whether it's her Assassin, Lady or Slave garbs. All which possess their own benefits and hindrances. What's also pretty neat is that these clothes can be dyed at tailors in various colour schemes.

Robed as an Assassin, Aveline is automatically notorious to some decree, making the Assassin armour unsuitable for missions that require infiltrating impermissible areas, as guards will be quick to spot her. However, it's most suited for exploration, including combat, allowing Aveline access to all her weapons.

In her Lady outfit as mentioned before, Aveline is able to charm and bribe guards in order to reach her goals, though it seriously limits her arsenal of tools and prevents her from free running. Aveline later obtains a parasol with the ability to sprout little poisonous darts from its tip, identical to her blowpipe. Unlike her other outfits, the Lady persona's notoriety is much lower, as her status greatly shields her from the repercussions of illegal acts.

Finally, the Slave outfit allows Aveline to blend in with the poorest populace of New Orleans and remain undetected by performing servile chores, such as shifting cargo or cleaning floors. Her skill to instigate riots compensates for her missing armour and weapons, which makes her more vulnerable in combat. Accompanying this, Aveline is able to scale buildings in her slave outfit, though her notoriety will automatically increase each time she does so, making the persona more appropriate for ground-based missions.

Additionally you can unlock several other unique outfits in the game by completing certain challenges or meeting a specific criteria. The Bayou Hunter, Chichen itza and Charming Dress are unlockable after obtaining particular collectables in the game. Similarly several different types of hat exclusive to the Assassin guise can also be unlocked and added to Aveline's collection. 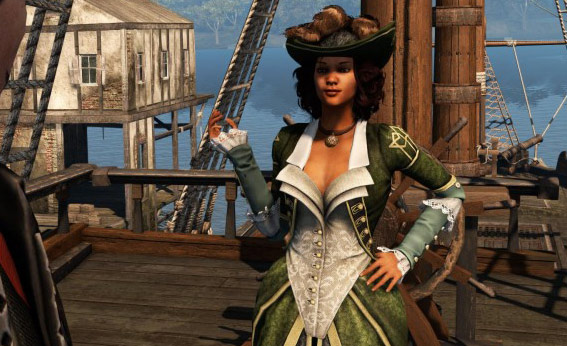 Our only gripe in particular is with the Chichen Itza Disguise which originally had hoop earrings in the Vita version, though they were subsequently removed for the HD remake in 2014. A strange choice by Ubisoft and it's team because Aveline sure looked damn good wearing them. Now with the earrings removed, her Chichen Itza outfit incidentally loses it's oomph.

That's the beauty of Asassin's Creed Liberation, it's such an underrated game in the series that deserves more merit and praise than it's being given over the years, not only for it's gameplay but also the strong cast of characters, immersive soundtrack and compelling storytelling. While this game is certainly not perfect, we still feel Liberation is criminally underrated and should be played at least once.

When it's all said and done, Liberation's remaster will reward players with a brimming world filled with cozy-some yet intrusive areas to explore, clever references to uncover, and villainous adversaries to murder in cold blood. Most importantly all this is done while playing as an attractive rebel with a heart of gold.

Decisive, bright and kick ass, Aveline was assassin chic before there was an Evie Frye or Kassandra. What makes Aveline one of the toughest women in all of gaming is not only because of her ability to dish out blood spillage, but also the incredible amount of punishment she is able to endure and keep moving, steadily, towards the object of her revenge.

She’s not scared to look death in the face, nor to kill, to save her home and the people she loves, yet it’s her determination to triumph despite staggering odds that makes her a true hero, and her turn as a playable protagonist in Assassin's Creed shows how power can lurk in the most unexpected places. The remaster of Liberation is slated for release in March 2019.