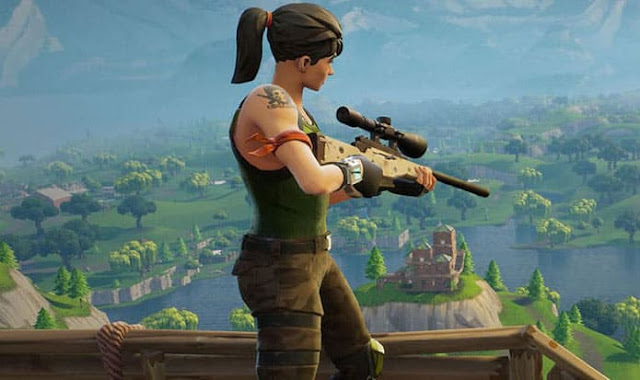 After several days spent playing Epic’s action-focused, base building, horde-survival game, it's no secret why Fortnite is fun, addictive and full of jest. Which is nice and dandy, but something nobody is talking about are those big butts. The large behinds which accompany each female is pure unadulterated eye candy disguised as candy fluff.

Epic Games has taken full advantage of Unreal Engine 4 and managed to produce amazing results for a game which is currently still in early access. The character models are vibrant, colourful and most importantly sexy enough to ogle. One of Fortnite's strongest points is it's 3D models and this is proven the moment you take control of your character.

As Unreal Engine 4's first ever game, Fortnite has been on the forefront of technological change. Its creators have made a gleaming, emboldened, co-op shooter, and at the same time fixed the bugs and issues of a new engine so that a new group of UE developers won't have to.

From the start, when Unreal Engine 4 needed a game to establish its core systems reputation, Epic looked around. And in their own office was this gaudy crafting, building, and action game called Fortnite. A game which has surpassed 7 million players in a week thanks to it's player vs player mode: Battle Royale, while a estimated 10 millions have joined the fun altogether on PlayStation, PC and Xbox One.

As an ass lover, one of the main reasons why controlling a female character is visually appealing in Fortnite is because of that glorious view. Every single woman in Fortnite has a big, fat and juicy derriere to admire as they run through the colourful sandbox world and it's a beautiful sight to behold.

Even the petite female heroes have something to ogle, Fornite? More like Thicc-nite. The women in Fortnite are absolutely beautiful and their big donks just add to their busty and mysterious 3D appeal. Giving each girl a delicious bottom is definitely pleasing on the eye, especially when running through the massive wasteland to gather materials and hunt zombies.

Who has the best booty in Fortnite? Well it's definitely a toss up between the Constructor and Soldier class. While the Ninja and Outlanders do have a little junk in the trunk, it pales in comparison to the more superior Soldier and Constructor butts which are deliciously shaped for your viewing pleasure. 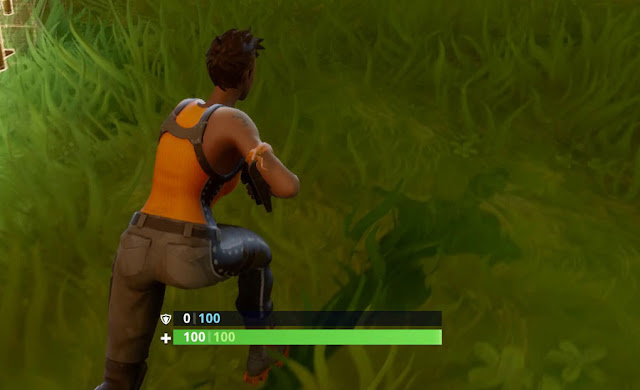 Watching each female walk in tight pants as their butts jiggle is one of the more rewarding aspects of the game unrelated to gameplay. Epic Games have done a tremulous job of making the booty jiggle movements look natural in a cartoony 3D environment. Not to say they're the first to pull off this feat, but there's nothing with giving credit where it's due.

What's even better than watching your female hero run? Watching them crouch walk in Fortnite's Battle Royale Mode. A move which is currently exclusive to PVP and gives players a minimal stealth approach to the cutthroat 100 player war zone. Crouching is tactical in essence but it also gives players a juicy view of their character's succulent sack.

Nothing is more satisfying than ogling your character's cakes as they crouch walk in front of the camera. Well actually.. While crouching gives players a wholesome view of ass it falls short of watching your female character walk. Casually walking in Fortnite shows the full jiggle effect of your character's booty.

Walking has never been more sexy in Fortnite as your hero hypnotically sways their hips in diva fashion. While the camera in Fortnite control is satisfactory, it's a pity it isn't more inviting. You can't see the front of your character and nor can you zoom in, which is a bummer. Had the camera being more accessible then we'd be able to get a closer view of those glorious behinds.

Though the ultimate view of your character's ass in-game is achieved when you're on the ground literally dying as your life depletes, what does that mean? Well when you're staggering for life and crawling on the ground, it's not hard to miss your character's butt sticking out in clear view as it wiggles aimlessly. Besides jogging, this is hands down one of the best candid butt shots. 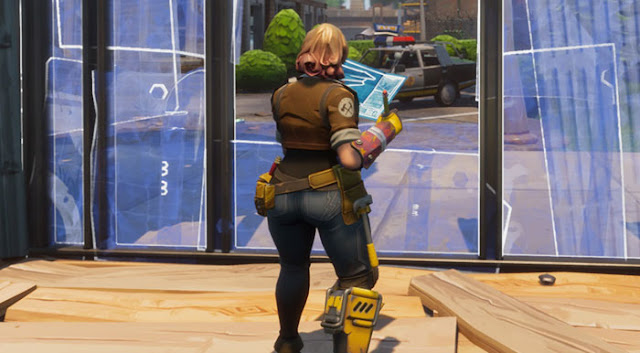 So which girls in particular have the best butts in Fortnite? Well after analysing several female characters it came to a close call, but the best butt in Fortnite most certainly belongs to Special Forces Banshee. Not only is this soldier a cutie pie but she also has ass for days. Not taking everything away from Ms Ramirez, who comes in a close second.

Something about watching her move as she travels through Fornite's wasteland is mouth watering and fascinating. While it's true that each class shares the same body type, there's just something about Special Forces Bansee that sticks out. Though she's not the only one with a juicy behind.

Everyone has noticed Tank Penny, the female Constructor with a lot of junk in the trunk. She's thick and fans have been quick to point that out. In fact you could say she's one of the most popular characters in the game, mainly due to her thick proportions. Yet while Penny is easy on the eye, we'd give the edge to her counterpart Controller Harper.

Controller Harper like Penny is thick fat, the only difference is she's black with dreadlocks. Something about Harper stands out and watching Controller run as her booty jiggles is very breathtaking. The character models in Fortnite are voluptuous and Harper is probably as juicy and thick as they'll ever get. Tank Penny is getting all the love but Controller Harper deserves just as much.

Still regardless of who is your favourite girl in Fortnite there's no shortage of butt. There's a little booty for everyone and that's not a bad thing. Epic game's survivor co-op shooter is not only diverse in it's character designs, weapons and expansive world, but also it's variety of butts which comes in all shape and sizes.